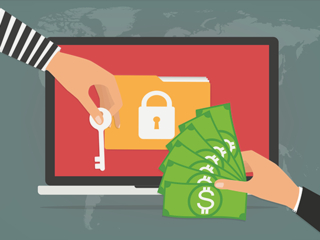 We are living in an age of an Internet-Of-Things (IOT). We know that cyber risk exists whenever a device is connected to an Internet. And, today countless devices are connected via an Internet.  Transportation department has installed cameras on highways to monitor traffic jam during rush hours and to evaluate driving conditions of roads during a bad weather (e.g. an excessive snow accumulation and rain-flood). Police department has installed cameras on streets to minimize street crimes. Local governments have installed cameras to monitor a car violating an authorized speed-limit near a school zone. Corporations have installed security cameras to monitor people entering and leaving a building for safety reasons. [1]  In short, security cameras are a necessity (and not a luxury) because of the safety concerns of citizens.

However, the disadvantage is that security cameras can be breached (i.e. hacked). Information could be stolen. Photos of individuals (including celebrity movie stars) entering or leaving an area (such as a gym or a restaurant or a shopping mall) could be published in a magazine for a profit. Moreover, a breach of a security camera system could lead to hacking of other departments, such as: finance, payroll or HR. So, it is important to protect security cameras as much as we protect traditional IT systems from hackers.

In Jan 2017, President Trump’s oath taking inauguration ceremony, the cameras installed by the police department of Washington DC were infected with malware. 70% of all cameras in Washington DC were bugged with ransomware.[2] Cyber criminals were demanding money. Luckily, police department turned OFF all city street cameras, removed all installed software, cleaned all videos and restarted/rebooted the entire system.  City police had to pay lot of money for repairing infected cameras in Washington DC.

How to know if a security camera is hacked?

If a security camera is working slow (than its normal speed) then it implies that something is wrong with a camera. Connection will be poor. Signal could be weak. System would be frozen (or locked).[4] More investigations would show that camera is breached. Infected virus slows camera’s overall performance.

How to protect security cameras from hackers.[5]

3.     Prefer, not to put security camera on a main network. But, if you do, then use an advanced firewall software to prevent an intruder.

4.     Ideally, install and place a security camera on a separate network rather than using the main network. This is because in case of a breach a hacker cannot penetrate the main network.

7.     Use encryption techniques to transmit a camera’s (or a video’s) images.

8.     Store cameras in a safe place because people will steal an entire camera (to sell stored data).