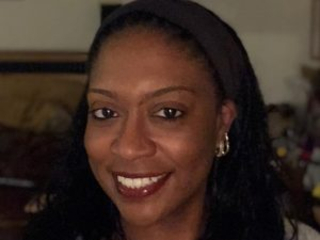 As technology continues to change the academic landscape, UMBC’s Division of Information Technology (DoIT) Instructional Technology staff are at the forefront, serving as leaders in their field and mentoring the next generation of leaders. Sherri Braxton, senior director of instructional technology, was recently named co-director of Educause’s Learning Technology Leadership (LTL) Program, an intensive, five-day residential program that offers time away from on-the-job demands for interacting with peers, recharging vision, and honing skills.
The LTL program provides IT staff whose role is to support and promote technology in teaching and learning with the decision making, relationship building, management, and other critical skills they will need as leaders in a variety of contexts and with different campus groups. Braxton, who joined the DoIT staff in 2014, had already been asked to serve on the LTL Program faculty for a three-year term in 2017 after participating in the program in 2016. As co-leader of the program, she’ll serve as co-director for one year, and then lead the program the following year. She is also co-leader of the Educause Instructional Technology Constituents Group.
John Fritz, associate vice president, information technology, says, “I'm pleased but not surprised that Educause has recognized what we've known about Sherri during her four years with us: She's not only a leader on campus but also in our profession. She leads by example, has nurtured a great team, and people want to work with and for her. She brings a lot of energy to anything she does and it's contagious.”
Braxton’s own perspectives as a leader and manager include an emphasis on communication and mentorship. “I want people to feel they have ownership over the projects they are working on. I don’t believe in micromanaging; allowing staff to be self-starters inspires their confidence,” she says. “We have great communication within the instructional technology team. It’s important for people to feel they can come to me if they’re not sure they’re doing something right - or if they aren’t sure I’m doing something right.”
Prior to UMBC, Braxton worked as a software engineer and a defense contractor before moving into both teaching and instructional design at Bowie State University and the Johns Hopkins University. For over 15 years, she has served as an adjunct professor in the IT and computer science program at University of Maryland University College. She received her bachelor’s degree in mathematics with a minor in computer science from Wake Forest University, a master’s in computer science with a minor in math from North Carolina State University, and a doctorate in computer science from the George Washington University with minors in educational leadership and management science.
In their own careers, Braxton says, staff should always be thinking about where they want to go next and what skills they will need. “I want to be able to support my staff in making that next step. It’s also important to network, and to take risks, to work on projects that make them uncomfortable and try as many different things as possible.”
“Being a lifelong learner is important for IT professionals,” Braxton adds. “Change in IT isn’t a matter of if but of when, which means quickly learning new tools and new ways to transform the academic landscape. It also means understanding and communicating the potential for added benefits to users.”
“It never gets dull,” she says with a smile.
Tags: success
0 Comments (requires login)